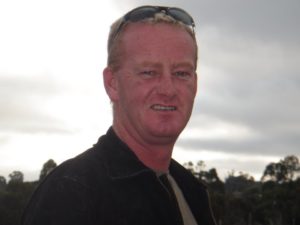 SuperScapeS is a family business that is owned and operated by Shane Fleming. He was a third generation bricklayer, but decided to follow a landscaping career because of his love of working outdoors. In 2007 Shanes son Brad joined the SuperScapeS crew!

After migrating his skills, Shane has spent 25 years contracting Landscaping services to some of Australia’s biggest construction companies, such as Burbank, Henley, Porter Davis and Orbit.

SuperScapeS now provides a full range of Landscaping, Excavation and Construction services to the west of Melbourne, including Gisborne and the surrounding areas, such as Sunbury, Melton, Bacchus March, Woodend and Kyneton.